Wheels in Motion at Jakes Rocks

Thank you to your generous donations, totalling over $30,000, IMBA Trail Solutions has been hired to design the epic mountain trail system in the Jakes Rocks area.  Crews met with ANF representatives yesterday to learn more about the area, and are spending all day today out in the field, scoping the area  (our fingers are crossed for decent weather for them today...)

Tomorrow, Thursday 11/18, at 6PM, they will be available for a presentation of the project and Q&A at the Warren Public Library's Slater Room.  Stop by to learn more, show your support. and ask any questions you may have.
Posted by Pennsylvania Kinzua Pathways at 3:55 AM No comments: 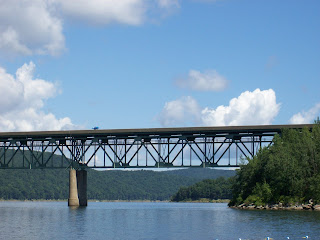 Posted by Pennsylvania Kinzua Pathways at 4:04 PM No comments: 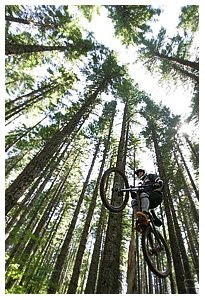 PKP's fund raising efforts to support the design of a new mountain biking trail system are paying off.  To date, $30,000 in corporate donations and just under $2,000 in private donations has been generously donated.  We are grateful and excited to get closer and closer to this goal.  If you would like to make  a contribution, contact us today.


info@pennsylvaniakinzuapathways.com
Posted by Pennsylvania Kinzua Pathways at 10:11 PM No comments:

Great news today! PKP received a commitment from a local corporation for $15,000!!

Sounds like we are on our way to sign the proposal for the mountain biking trail design! Only $55,000 to go! If you would like to contribute to this effort, send us an e-mail at pakinzuapathways@yahoo.com!

Posted by Pennsylvania Kinzua Pathways at 5:05 PM No comments: 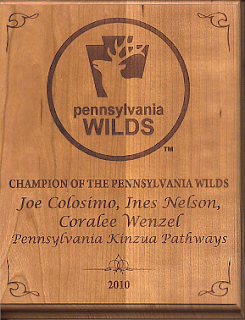 Posted by Pennsylvania Kinzua Pathways at 8:15 PM No comments:

The Rimrock Trail Project, a combined brainchild of Pennsylvania Kinzua Pathways (PKP) and students from the Warren County Career Center, will soon become a reality.

The Allegheny National Forest (ANF) announced Tuesday its approval of the project.

The trail is a "low-impact, non-motorized interpretive hiking trail between Kinzua Beach and Rimrock Overlook," according to ANF documents.

"I am pleased to be moving forward with this project, which was presented as a citizens' proposal to the Forest Service through the efforts of the Pennsylvania Kinzua Pathways and designed by students and teachers through the Warren County Career Center," Bradford District Ranger Tony Scardina said. "This project is a great example of community involvement, and its benefit to the area was made apparent by the positive comments received from the public."

"PKP is very excited about the approval of this project," PKP's Joe Colosimo said. "It will be a great addition to the wonderful and numerous improvements that the ANF is making to the beach area. The trail will improve connectivity between the beach and Rimrock areas, allowing visitors to spend time in both locations without having to travel by car."

"Breaking ground on this trail, I believe, is only the beginning of many good things to come," PKP's Ines Nelson said. "We look forward to the community enjoying the combined experience of spending time at Kinzua Beach and being able to hike up to Rimrock and back."

One student in particular earned credit for her efforts on the project.

"I would also like to mention again how proud we are of the work that Nicole Doverspike, a student from Dan Passmore's drafting class at the WCCC, did in putting the proposal together for this trail and presenting to ANF District Ranger Tony Scardina and his team," Nelson said. "Having the trail come to reality is an important achievement that she will take with her for life."

According to ANF Spokesperson Kathy Mohney, the implementation of the project will begin immediately and the trail is expected to be open for Memorial Day weekend.

"We hope many will come out to celebrate when the trail is complete," Nelson said. "Stay tuned, as we will be planning something special!"

Some of the features of the trail, including an information kiosk at Kinzua Beach, a handicap accessible observation deck near the beach, and an interpretive tree house "will be implemented over time as funding and work from partners becomes available," she said.

The tree house, according to Mohney, will be "flush with the earth's surface below the Rimrock Overlook."

"The students in the drafting class of the Warren County Career Center worked closely with the ANF team to design the trail and work through the approval process," Colosimo said. "Once finished, PKP will look to add the kiosk, handicap platform, resting benches and interpretive signs to be located at key positions along the trail."

Information regarding the project and the decision are available at the Forest Service Web site,www.fs.fed.us/r9/forests/allegheny/projects/recreation_projects/rimrock_trail.

Posted by Pennsylvania Kinzua Pathways at 10:11 AM No comments:

We are thrilled to bring PKP to the web.
Last October, the Community Foundation of Warren County celebrated its 60th Anniversary by awarding a $10,000 grant to a project selected by the community. The PKP team was humbled and proud to garner over 25% of the total vote. We put that money to work on expanding our marketing and communications efforts through the web.
Some features the web site offers are:
Posted by Pennsylvania Kinzua Pathways at 6:59 AM No comments:

Pennsylvania Kinzua Pathways
Warren, Pennsylvania, United States
To attract visitors to the area surrounding the Allegheny Reservoir, educate them on the rich history of its past, provide facilities to enjoy the present, and enhance wilderness access and stewardship for the future